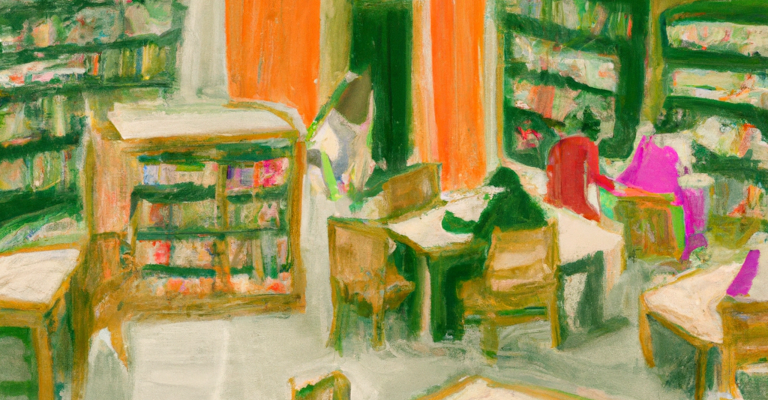 In the 1970's, two groups of friends independently made the choice to drop out of college, making what seemed like a colossal wager on their vision for a future dominated by an industry which didn’t yet exist: personal computing. Few choices before or since have had such a profound impact on the world.

The founders of Apple and Microsoft established a precedent which is still esoteric: leaving school to work on technology. However, much like the technology they developed, the popularity of this path is increasing every day.

The tech industry is pulling away the magic of the traditional career path. That students are even considering dropping out to further their careers is a drastic departure from the thinking pre-1970s.

Students dropping out are doing so for good reasons. They want to work on things which matter. To learn more quickly than they can in a formal environment. They want to change the world, and don’t want to wait four years to do so. In this way, life as a dropout seems rewarding.

Still, the experience gained in a life as a student is in many ways a poor predictor for what life is like post-post-secondary. There really is no objectively correct answer to the question “Should I drop out?”, but here are some things to consider.

For many of the dropout billionaires, the choice to leave college — while certainly a gamble — was not an audacious one; they were already seeing early signs of success. In this sense, their choice is strikingly similar to the choice many students face today.

College students of the present live in a market willing to pay outstanding amounts for the skills they were building from a young age.

Demand for technical talent is an order of magnitude higher than the amount our education systems produce. Finding self-driven, passionate talent is even more difficult in an education system which is not set up to produce it.

By the standard reasoning of supply and demand, dropouts can quickly earn six-figure salaries, especially in technology hotbeds like Silicon Valley. Staying in school, on the other hand, can cost five to six figure amounts. If you’re good, dropping out of college is a very good economic choice at the moment.

While it’s widely accepted that employees are currently favored in salary negotiations, what the future holds is more contested. It’s certainly reasonable to believe that it may be more difficult to get a job in the future without a degree. For that to occur, one of two things would need to happen:

The former seems unlikely to change any time soon. Technical education at the high school level is remarkably poor, and while post-secondary education is beginning to improve, the improvement cannot, by definition, happen in any less than four years at best.

The most likely way demand could decrease is by technical jobs decreasing. Many respected startup personalities are warning of a Series A crunch, so expecting the number of jobs to gradually decrease is certainly reasonable.

As neither of these scenarios will change soon, someone starting a career today will most likely have work in the future. Many years of industry experience is nearly always an accepted substitute.

This is, of course, statistical musing. Having a degree is almost certain to improve your chances at a job at least slightly. It is a risk, just a very small one. As a YC partner once put it,

You can’t ever really know anything about the future.

Many students in technical fields are finding no educational reason to stay in school. For students pursuing a degree with a hope of going into the workforce, formal education provides rapidly diminishing returns.

Hands-on learning is a much better option, providing near-linear growth — students just need a place to start. From this perspective, college is worth very little after two years, when most students have the necessary grounding of knowledge to self-learn.

When most students consider self-driven learning, however, they do so from the framework they’re used to: small side-projects. These sort of projects are an amazing educational tool, because they involve solving technically exciting problems.

In the workplace, however, hands-on learning happens sporadically and, for a majority of jobs, very rarely. In most cases, the solution to the problem is clear, the code just needs to be written. For this reason, real-world learning is much like school learning: it most often happens in free-time projects.

From the time we’re born to the time we graduate, the primary focus of life is learning. College is the last period in life with this explicit purpose, and the only period with full freedom to do so. Leaving college, by graduating or dropping out, is choosing to end this period of life, and switch to the period focused on being productive.

After entering the workforce, everything becomes time-constrained. You can work on perhaps one or two side-projects. Many activities will become impossible.

This is not a bad thing. Growing up is a trade: learning about the world for the ability to change it. Changing the world is extremely exciting and satisfying, but only when making a difference important to you. Finding that usually requires exploration.

There are ways to shift back toward the exploration. For most people, however, the opportunity to fully re-indulge in exploration of the world doesn’t come until late in life, and is no longer preparatory. It seems unwise to count on these occasions and take the opportunity of college for granted.

Your entire career will be based on your exploration of the world, so wide exploration is one of the most important possible investments in the future. Ending your education means further exploration becomes very difficult without much added effort.

One thing which is certain, if you haven’t found something you’re passionate about in school, it’s much less likely you’ll find it if you drop out.

“One of the amazing things about being in college is you can work on all these hobbies and code a lot of stuff and try a lot of different things. It’s this amazing flexibility that I think most people take for granted.”

Many of the people who have made the biggest impact on the world with technology chose to drop out. Add to the aforementioned founders of Microsoft and Apple: Mark Zuckerberg, Larry Ellison, Michael Dell. “If they can do it”, one might ask, “why can’t I?”

This optimism ignores one of the most obvious truths about this group: these are the outliers.

Further, that’s still a relatively small sample set. Most people involved in technology, irrespective of their degree, are not rich, and have not changed the world in a substantial way.

Working on a startup makes everything more extreme; this is one of the most commonly mentioned observations of founders, both present and past. This multiplier is just as accurate for the issues presented in this essay as for any others.

Compared to dropping out to work for a startup, dropping out to found a startup means much more work, and correspondingly, less time for everything else. It’s very common for the founders of successful startups to work 60-80 hours a week, which can lead to multiple weeks with no time for friends, hobbies, or other enjoyable activities.

Being successful as a dropout founder has prerequisites. Startups are extremely difficult emotionally. Very few founders found an easy path to success, nearly all were plagued with daily uncertainty and fear.

Working on a startup as a dropout requires that you have a vision, and truly believe it can change the world. You will be forgoing a lot of pleasure for much pain and what seems like total failure. In order to persevere, you need to generate morale outside of immediate success; believing in your vision is the only way to do that.

That nearly everyone will somehow think differently of college dropouts is inevitable. Many of these people will fall at extremes — either very positively or very negatively — although in my experience most will be moderate or have no real opinion on your choice at all.

The group which thinks negatively of dropouts is obviously of the most concern. From my observation, this group is comprised mostly of people for whom getting a degree was a major life goal.

Stigma around dropouts can largely be mitigated by how you present yourself. The phrase “I dropped out” is made much more strong by adding “to work for Facebook”.

Perhaps most important is simply having confidence in your choice. Leaving school does have many benefits; a person choosing to drop out does so with the expectation that they’ll be a stronger person for it. This should be evident in the way you present yourself.

Some companies will not hire dropouts except under extraordinary circumstances.

One reason for this is being desirable enough that even with such policies, they have no talent shortage. Another is that hiring is conducted by people with a heavy history in academia, or by recruiters with no technical experience by which they might judge other achievements.

One argument made against these companies is “I wouldn’t want to work there anyway”, however these companies are, in truth, hard to generalize. Many theorize that Microsoft is doing poorly because of their requirement of a degree from top institutions, while Google and Twitter are doing very, very well.

Even if companies with arbitrary degree requirements are truly undesirable places to work, lacking a degree removes them as a worst-case option. This may not actually be a bad thing — humans are extremely susceptible to the fear of missing out — but it’s worth keeping in mind.

In any case, there are always ways to get a job outside of formal policies. This may take some effort, but in many cases it’s as simple as omitting an education section on your resume.

What About High School Dropouts?

Dropping out of high school seems to be a universally negative proposition by all former concerns, and stigma is no exception.

There’s a long way to go culturally before dropping out of high school might be considered a well-respected career choice. That successful high-school dropouts are worthy of news stories on that basis alone, while successful college dropouts receive only a mention at most, is clear evidence of this.

I don’t think dropping out of high school will ever lose its stigma, however. As mentioned before, school provides time for personal growth, and leaving this early puts one at a severe disadvantage in this regard.

Of course, that someone didn’t complete high school is not sufficient to make any conclusion. Some of the smartest and most well-rounded people I know dropped out of high school. Still, making up for this is likely to require much additional work and time, and is certain to become an additional barrier early in a career.

Thanks to @tess rinearson, @adam ryman, and @zaq wiedmann for reading early drafts of this post.